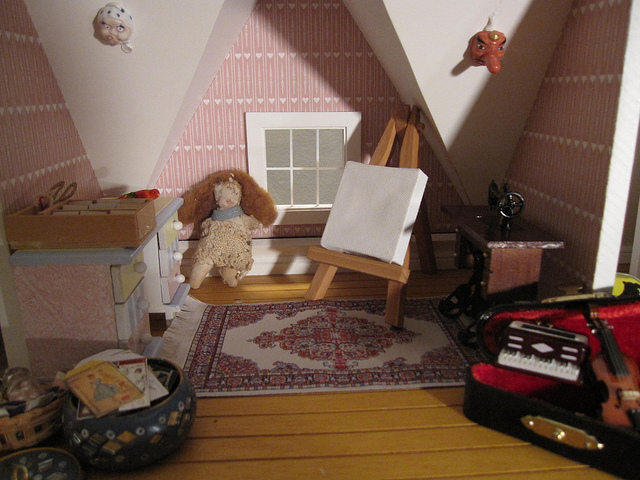 I have been posting lots of pictures of the dollhouse on flickr, where Suzanne Stein recently asked a question. Here it is, with my answer.

The KItterati, originally uploaded by Ululate.

part of The Cake Part from Stacy Doris on Vimeo.