I find it bizarre that I hadn’t known about the work of Robert Seydel before I saw an exhibition of his work a couple of weeks ago at the Queens Museum. Almost every ride out on the 7 train yields wonders (the big globe in Flushing Fields is reason enough, on a hot day, with its spewing fountains and gleeful children), but this trip especially did so: Seydel’s delicate, odd collages and exquisitely constructed poems –some of these displayed in his precisely handwritten notebooks – reveal a world shivering with receptiveness.

I never met him.  He died in 2011, at 51 years old, of a heart attack. He was a recluse whose life was entirely devoted to his intertwining text/image artwork. Neither image nor text takes precedence; rather they seem to grow out of each other. What takes precedence is attention, or shall I say, attentiveness. Only a very attuned attentiveness can produce such work, and because of its fineness, it elicits attentiveness too – at least from me and the several others who looked raptly at the exhibit and listened as Monica de la Torré and Peter Gizzi read some selections from his work, including a poem that was displayed high up along the wall of the exhibition room. 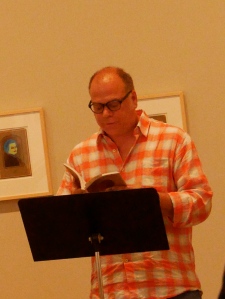 He wrote in personae, including the persona of his aunt Ruth Greisman. It seems not at all an improper appropriation how he inhabits the (her) feminine. It seems a way of liberating utterances.

The poetry is extremely beautiful.  Here are some lines from his “Formulas and Flowers” published in The Book of Ruth (2011, siglio press):

I rearrange time. It’s confused in me.

A trembling animal at the edge of thought.

The page is operatic.

I see creatures in my urine.

The images are beautiful, too, and can’t be faulted for relying too much on the surrealist technique of putting a new head on an old body, for that is a trick of which one never tires. There is a little of Schwitters in them in that one can feel the recuperation of things that would have otherwise been discarded. Especially intriguing to me were the altered daguerrotypes (or maybe just very old sepia photos) since it seemed a way of both destroying and embellishing historical imagery. 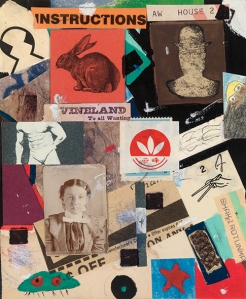 The show is on view through September 27th and is well worth the train ride. Besides, you can go to Flushing Mall afterward for Szechuan food and have a simply perfect day. 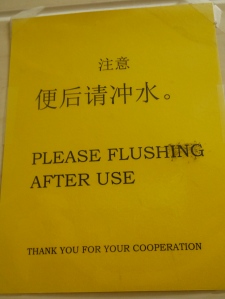