From tomorrow, May 14 (which day, it occurs to me, is our fifth wedding anniversary: details here) Gary and I are off to Portland, Corvallis, Ashland, and Oakland for two weeks to see family and friends.

If you are in San Francisco on Sunday, May 24, please come to our intermedia extravaganza: 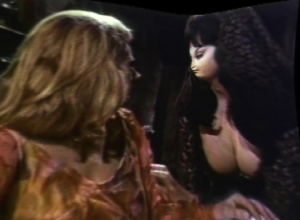 Visiting the Bay Area live for one night only, the latter-day vaudeville team of Gordon and Sullivan will present their most recent poetry, performance and video work showcased last month (fresh!) at The Whitney Museum and Dixon Place in New York. Gordon and Sullivan are founding members of the notorious and irreverent Flarf Collective. They have been committed. To hilarious and unsettling entertainment. Throughout this millenium. Together, they authored the non-fiction e-pistolary techno-romantic novel Swoon.

Local poet-provocateur Erika Staiti will perform her live film renarration of a short scene from “Woman Under the Influence,” which premiered last month in the Los Angeles underground venue, Machine Project.