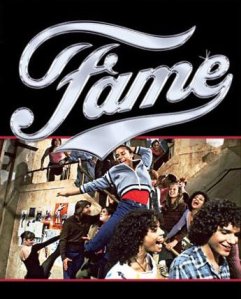 So it seems that during my horrible “forlorn pause” of last week, in which I nearly “went foetal,” and hardly occupied this space at all, I got at least a little bit more famous, or in a couple of cases, anonymously notorious.

My video that Ron posted of Drew’s conduction of the Femmes de Flarf has had 750 views, although, ha!, there were only seven or so people in the audience. What strange new world is this?

I made the Huffington Post today in this article by Travis Nichols:

People who talk about poetry have been talking about this kind of poem as a problem–if not the problem–of contemporary poetry for years. It’s obscure. It’s not accessible. It’s no help. Which is why no one reads it. But what if–as Daniel Tiffany argues in his new book, Infidel Poetics–it’s not a problem at all. What if this very obscurity is what makes poetry poetry?

Then this bit appeared on one of Anselm Berrigan’s posts at the Harriet blog:

a friend of mine was on the subway recently reading a book of poems by a contemporary poet. Subway crowded, book close to the face of a seated passenger, friend standing. He feels a tap on the book, lowers it, and this person says, as the train begins to pull into a station, “the problem with that poet is she wanted to revive the lyric and did it from completely the wrong angle,” then gets up and gets off the train.

I was the book-tapper on the L train. I won’t reveal what book it was, but I was alerted to my presence in the post by the guy whose book I tapped. He came up and introduced himself last Sunday at the Zinc Bar at MacGregor Card & Eugene Ostashevsky’s great reading.

I also made a nameless appearance on Bookslut:

There is a poetry shoving match going on at Jezebel of all the damn places. One of the writers, who writes a long prelude about how she can’t like poetry because of college “I don’t get it, blah blah blah,” then tells us she went to a poetry reading. One of the readers, Ariana Reines, read a poem responding to pornography. There was some laughter. A woman in the audience complained about the laughter, and now there is a big to-do about it, with Eileen Myles even responding in the comments, using the phrase “gross dominating laughter.”

I was the woman who “complained about the laughter,” although that’s a misrepresentation, as is the characterization of the incident on the Jezebel blog.

The recording of the problematic Q and A session is on the blog, if anyone is curious. On facebook today, someone asked if that was indeed me. I responded:

Yeah, that was me. I felt that the work was rich and interesting and not merely satire, and that the nervous macho laughter after each “dirty word” was distracting and incongruous. Jezebel totally misrepresents both what I said in the article and how I said it. I don’t talk like a valley girl. I am hardly a prude. I am known as something of a humorist. There was something about that laughter, though, that made me feel almost violent. When Ariana opened the floor, I just wanted to remark on that. It was not judgmental so much as an emotional, visceral observation on my part. I didn’t want to censor the laughers at all, but I did want to tell them that I resented their laughter and was annoyed by it.

Someone else asked whether the woman’s laughter also seemed macho to me:

Yeah, her laughter felt macho to me, too, like it was piercing the text in a really interruptive and egotistical way. I don’t know how she could have been sensitive to the irony and wit when she didn’t give the words enough time to sink in and resound in all their polysemic possibilities. That section Ariana was reading seemed to me very much coming from a place of abjection, and while abjection CAN be funny (I’m thinking of Chaplin, or certain smushy-faced small dogs), to me, in that piece, it wasn’t. I don’t know. Maybe I was totally off base in making what I called that “intervention,” but as I have pointed out Ariana did open the floor. I love it when poets do that and I wanted to make sure someone took advantage of the opportunity. I didn’t give them a withering look, and even if I had, how would they have seen, since their backs were to me and it was pretty dark in there? Anyway, let the record speak. I thought it was a very interesting moment, overall.

Oh, and plus David Wolach engages (at length!) me, my work, and my comments on docu-po here and here. In recent days I’ve been too freaked out by unexpected vicissitudes to respond to his posts, but I mean to soon.

In any case, you see, it really pays off to make trouble sometimes. Thank you, universe.:-)